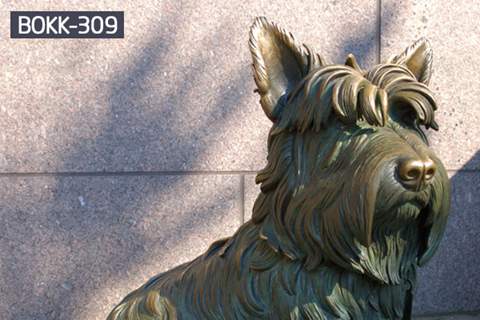 Fala is a Scottish terrier dog, a pet of former US President Franklin Roosevelt.This is Famous Bronze Pet Dog Fala Statue,which is placed in the Franklin Delano Roosevelt Memorial. The Franklin Delano Roosevelt Memorial was commissioned on May 2, 1997, along the cherry-tree trail on the western edge of the Tidal Basin on a 7.5-acre site that is part of the National Mall. Designed by Lawrence Halprin, it traces the 12-year history of the United States through four outdoor gallery rooms consisting of each of FDR’s tenures with red South Dakota granite walls. 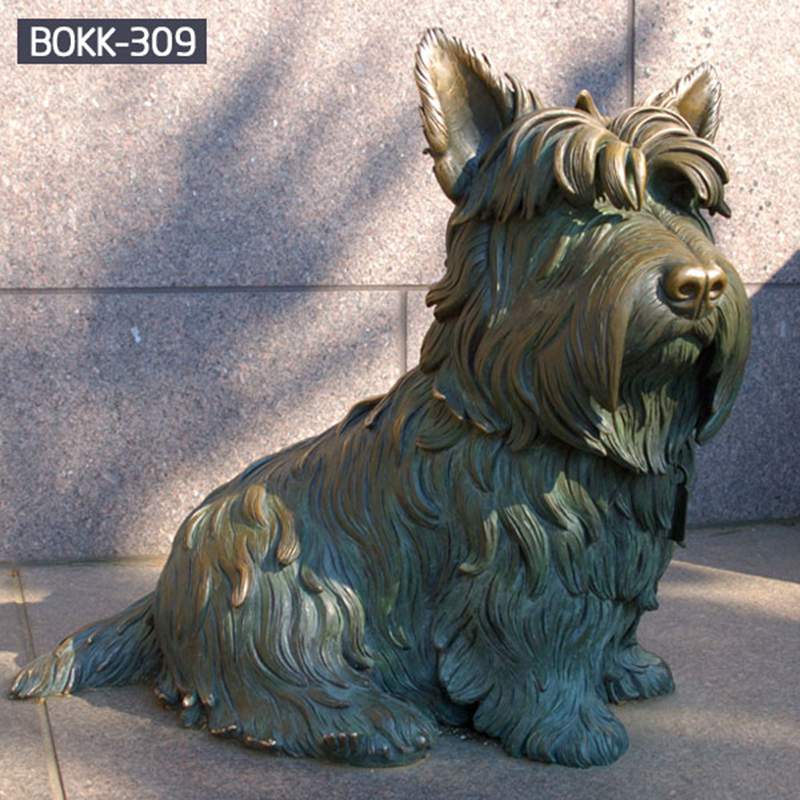 Tap water is an important physical and metaphorical component of the monument. Each of the four “rooms” representing Roosevelt during his tenure contained a waterfall. As people move from one room to another, waterfalls are getting bigger and more complex, reflecting the growing complexity of presidential positions marked by economic depression and the great turmoil of world war.

In the third room, you can see the Famous Bronze Pet Dog Fala Statue.The third room represents the age of war, covering the period 1940-1944 and the Second World War. With a small road made of granite, the chaotic waterfalls rushed up and shocked people’s sights. On the wall, one of the 21 inscriptions carved by John Benson is Roosevelt’s famous saying “I have seen war.” To the left of the waterfall is a 10-foot Roosevelt sculpture by Neil Estern. Roosevelt sat in a dining chair with a roller, wearing a landing cloak, and his dog Fala sat next to him. 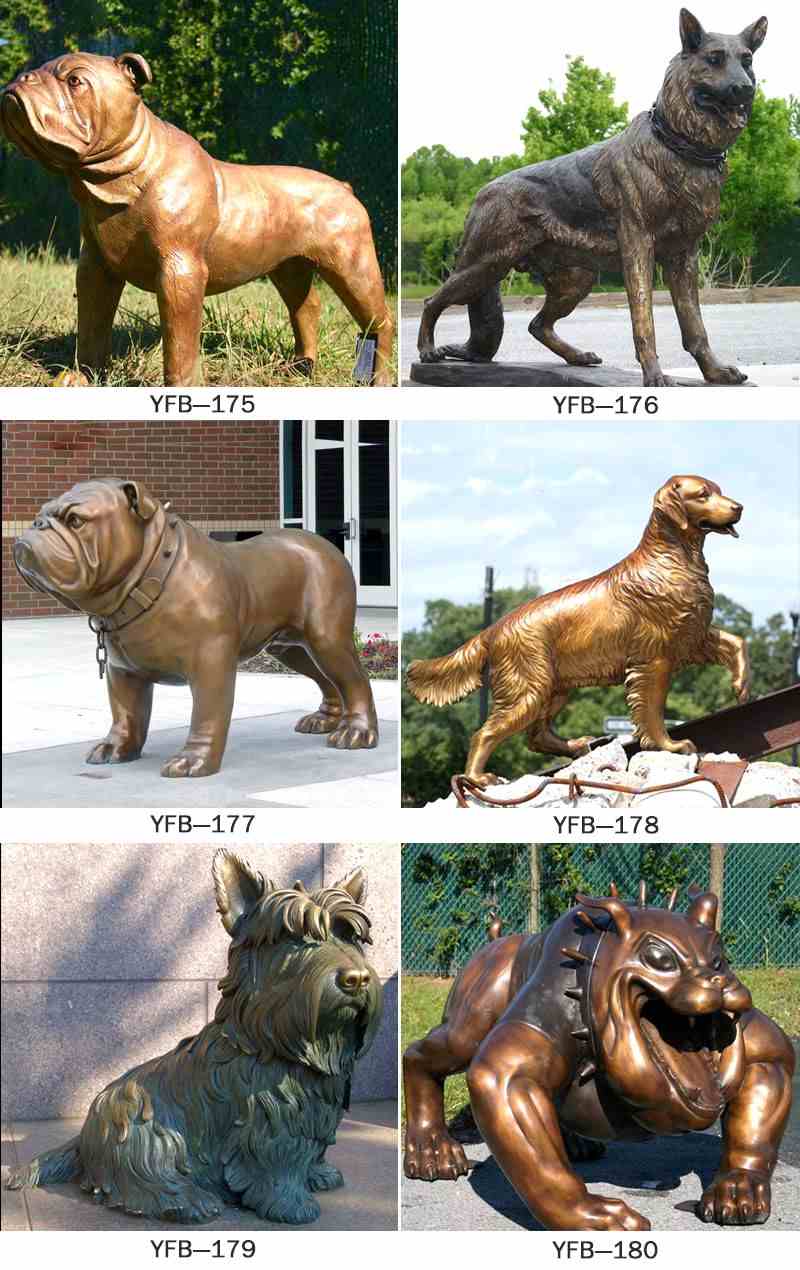 Famous Bronze Pet Dog Fala Statue always accompanied Roosevelt statue. The front yard also has a life-size bronze Roosevelt statue, engraved by Robert Graham. Roosevelt was in a wheelchair facing the Washington Monument. The statue was added in January 2001, and his pet dog Fala sat on the ground next to him, looking at the same direction as Roosevelt.

Fala is not only a pet, but also represents the deep emotions of humans and animals.You Fine Art Sculpture carefully cast each Famous Bronze Pet Dog Fala Statue.Welcome to inquiry,it is definitely worthy of your possession.