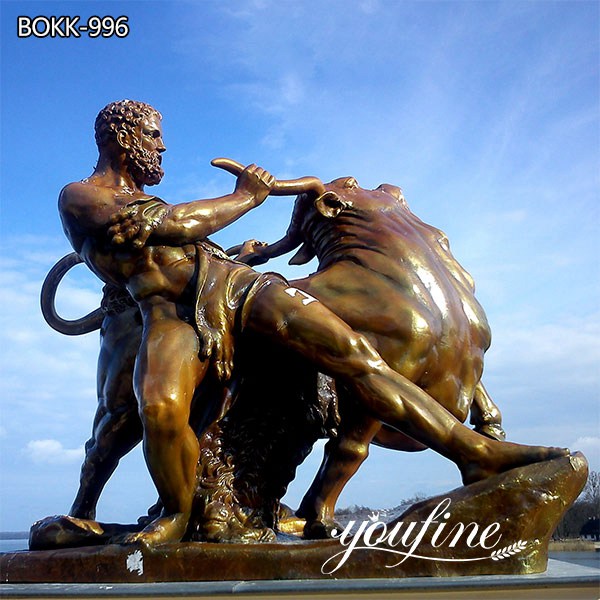 This bronze Hercules wrestling bull statue is life-size, but we could also customize another size according to your need. It could be put in the garden, park, castle and other places for decoration. If you are interested in it, please contact us to get the discount price.
Item NO.: BOKK-996
Size: Life Size or Customize
Material: Antique Bronze
Insurance: Cover All the Risk
Place of Origin: Hebei, China
Package: Strong Wooden Crate
Service: Customize Acceptably
Technique: Lost Wax Process

Schwerin is an ancient city in Germany, located in the Schwerin Lake District. In the garden of Schwerin Castle, there are all kinds of statues. Each statue expresses different meanings through different expressions and gestures. Although their gestures are different, they have one common character: All of them are very vivid and popular among visitors. Today, I want to introduce one of the famous bronze Hercules wrestling a bull statue in Schwerin Castle. 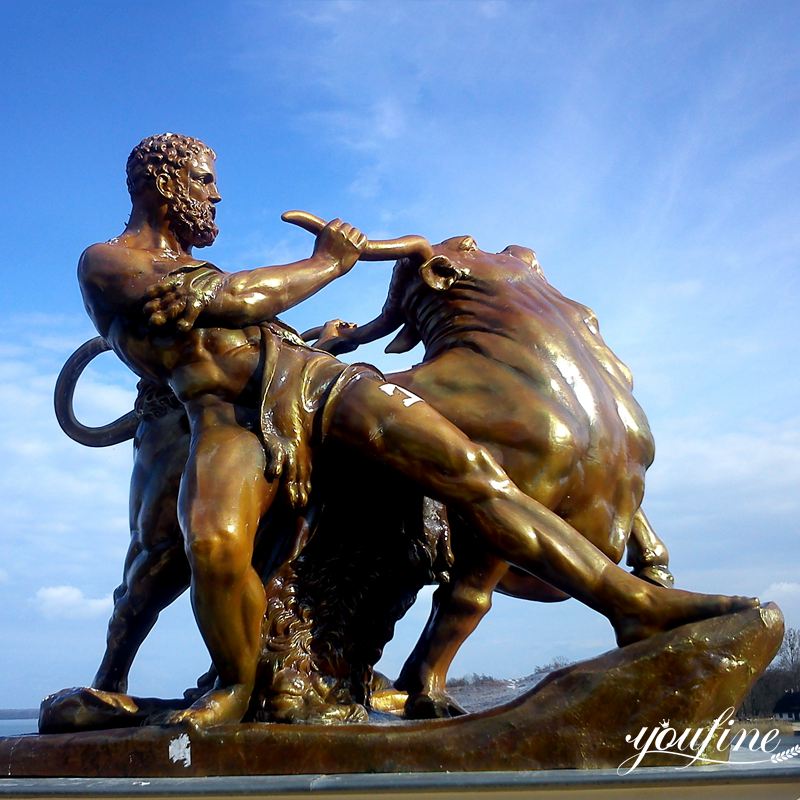 The whole statue is made of two parts: Hero Hercules and the crazy bull. For a beautiful and vivid bronze customized statue, the most important is its body proportions and expressions on the statue. In order to make sure we could make a vivid bronze statue for our customers, our artists would study the story and meanings of this set of statues before starting production. For this set statue of Hercules tame the bull, its story tells us how the Hero Hercules wrest that bull. 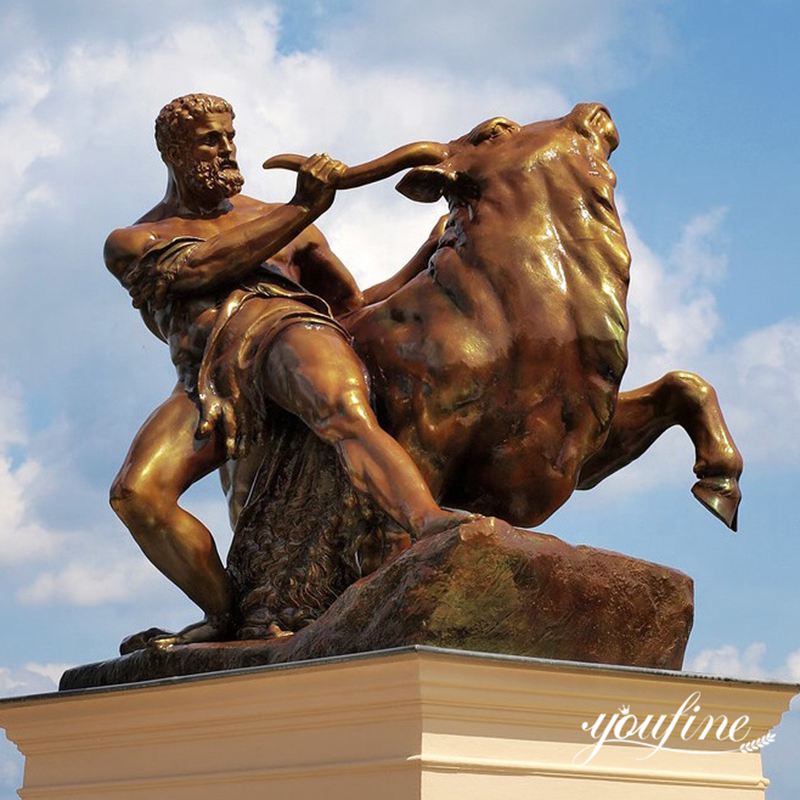 In this story, the bull is a very crazy bull. The King found many people to tame the bull, but all of them failed. From this story, we could see how strong the crazy bronze bull is. So when an artist makes the bull, he would make the bull with a strong bull, not a slim bull. The express of the bull must fierce, not a moderate bull. For the statue of Hercules, he is the only man who could tame the bull. So when we make his statue, the artist would also make strong muscles and expression also be brave and fearless cause he is a hero. Only in this way, could we make a vivid and high-quality statue of Hercules tame the bull. 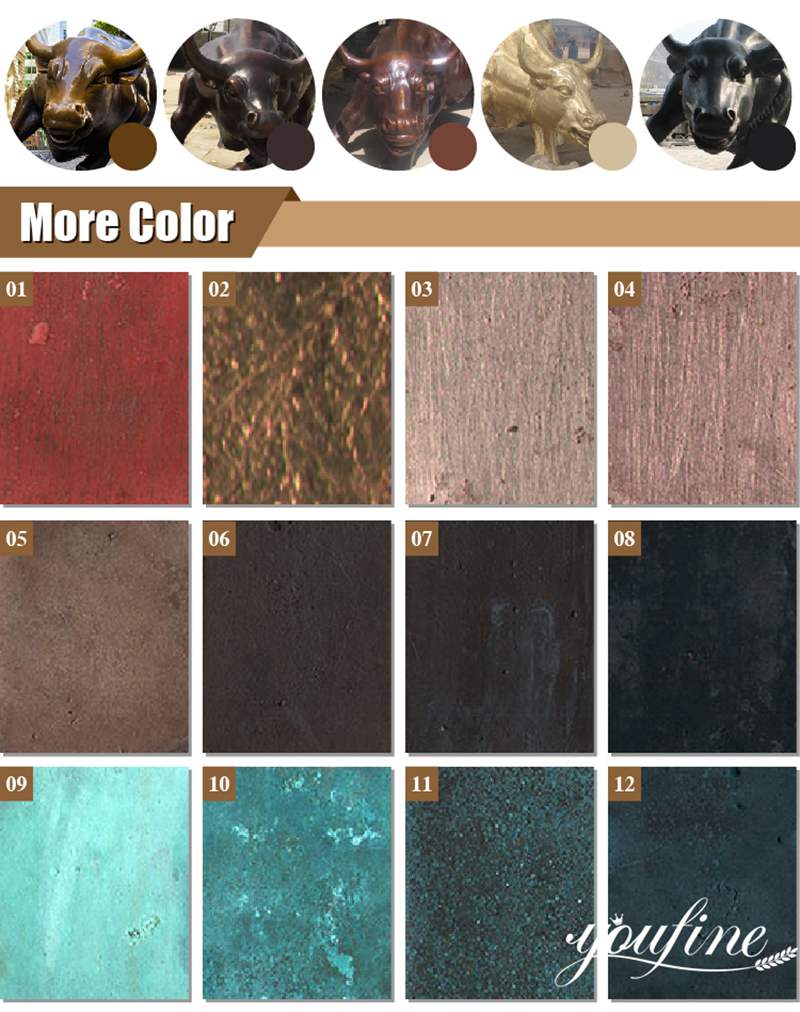 Why Choose You Fine Art Sculpture? 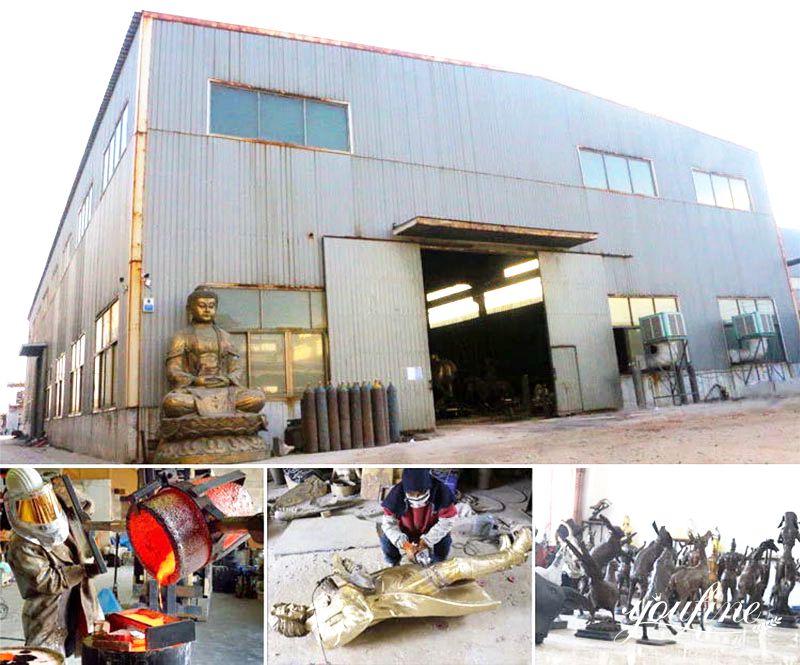 If you want, pls contact You Fine Art Sculpture. With 39 years of experience in making all kinds of bronze sculptures, we could make the most beautiful and vivid bronze statue for you.